The Statue of Limitations (SOL) for workers’ compensation in Florida (for accidents that occurred after January 1, 1994) states that you must file your petition for benefits within two years of the date of a workplace accident. If the employer or insurance company provides medical care or pays monetary benefits during those two years, then the deadline may change based on when the care or benefits were provided to you. During the first year of the two year period, the benefits will not affect the SOL. 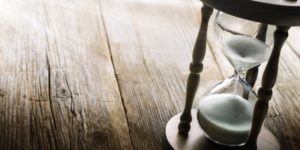 During the second year, these benefits can extend the statue of limitations in your Florida workers’ compensation case. To extend the SOL, you must file a petition within one year of the last day of any medical or monetary benefits being received. Consider the following examples.

How Much Is My Workers Compensation Claim Worth?

A Coral Springs Workers’ Compensation Lawyer will guide you through the legal system. This system was established to protect workers who have suffered injuries while